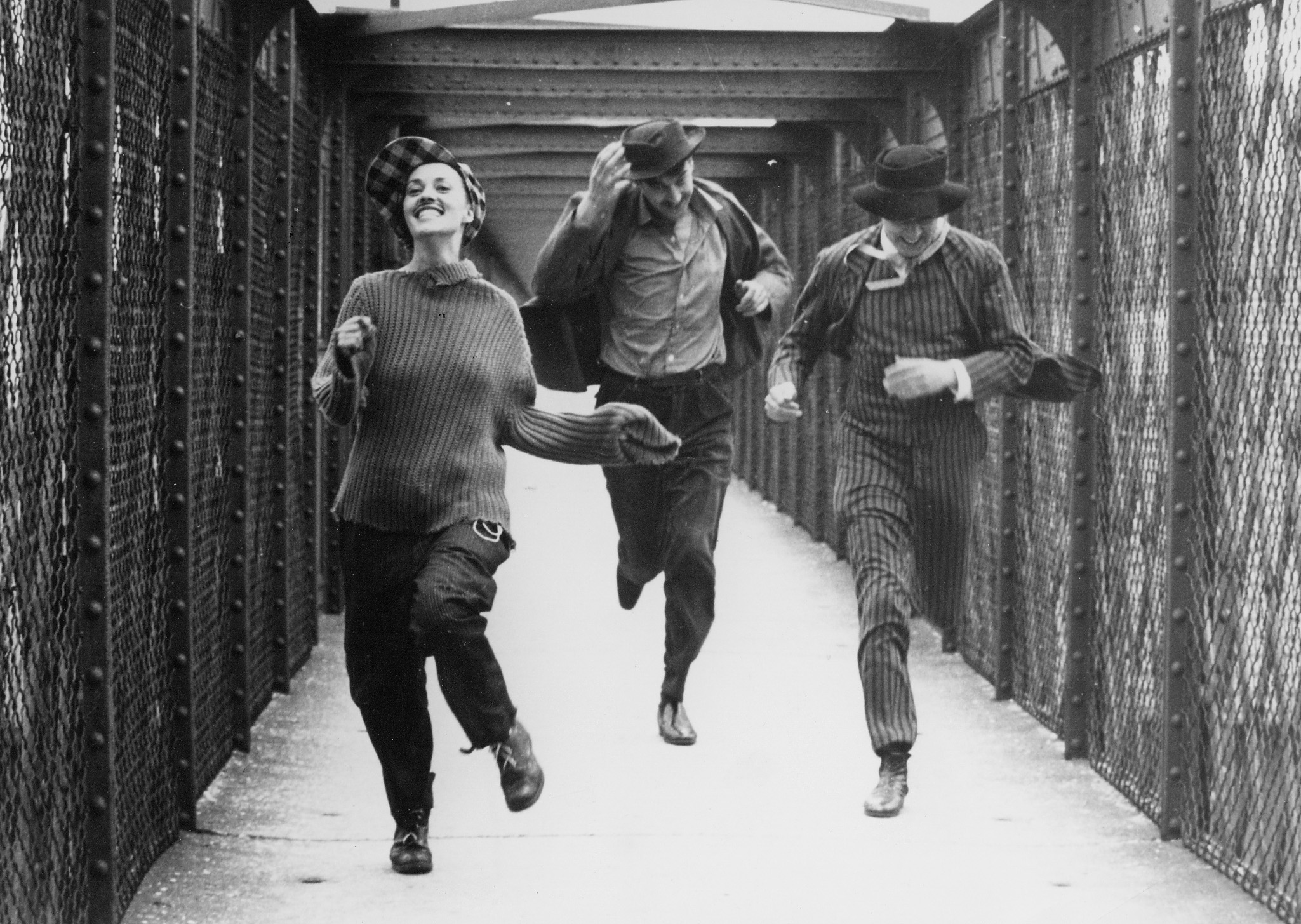 Jules et Jim was Francois Truffaut’s third film and is widely considered a classic of the French New Wave school – often riding high in countdowns of the greatest films of world cinema. As is often the way though reputation precedes a film to the point it becomes a sacred cow – and to my mind Jules et Jim, despite its innovation and narrative sweep, is a far less satisfying watch than Truffaut’s earlier Shoot the Pianist.

My main sticking point with the film is the ever present, but unseen, narrative voice-over, which imprisons the action and often doesn’t quite allow the action to speak for itself. Moments are repeatedly explained without being given space to breathe. Often quiet, significant, dramatic silences which could grow in the mind unexplained are underlined by a narrative, which is often unnecessarily. This coupled with a curiously self-conscious and slightly stagy acting style automatically dates the film.

While Shoot the Pianist is also adapted from a novel the unseen narrator in Jules et Jimnever quite allows you to forget the source material, which unfortunately, to my mind at least, is to its detriment. The film begins in 1912 and runs until the rise of the Nazis, with facial hair and the donning of spectacles being the only physical indication of the characters aging.

The film does have much to recommend it however, most particularly Jeanne Moreau’s performance as the character of Catherine. The title could well have been Jules et Jim et Catherine as, at its simplest, it deals with two best friends both falling for the same woman and how this doesn’t break up their friendship. The friendship is deemed too important, the three of them navigating their lives together. Unusually for the time Catherine is no weak cypher of a character, in fact she is the most rounded character in the film – no perfect, idealised woman, but a strong, angry, petulant, kind, sad, caring, sexually adventurous mess of contradictions.

The story follows how the two writer friends, one Austrian (Jules played by Oskar Werner) and one French (Jim played by Henri Serre), become three when they meet Catherine. She resembles a Greek statue they both particularly admire and it is this simple introduction which brings them together. Their respective nationalities separates the two friends during the First World War and years later they become reunited – always remaining close despite everything they throw at life and life throws at them.

Truffaut uses many of the techniques in the New Wave arsenal – voice-over I’ve already mentioned, but there’s also freeze frame, crop zoom, and the wide use of Newsreel footage to set the scene. Being a period piece but using hand held camera still appears surprisingly fresh.

But because everything is kept at such arms length throughout the telling of the story makes emotional investment in the characters tricky. It’s a very sad tale. As an acknowledged classic it’s definitely worth a watch, but how satisfying you find it will rely entirely on how much you buy into the relationships from the word go.