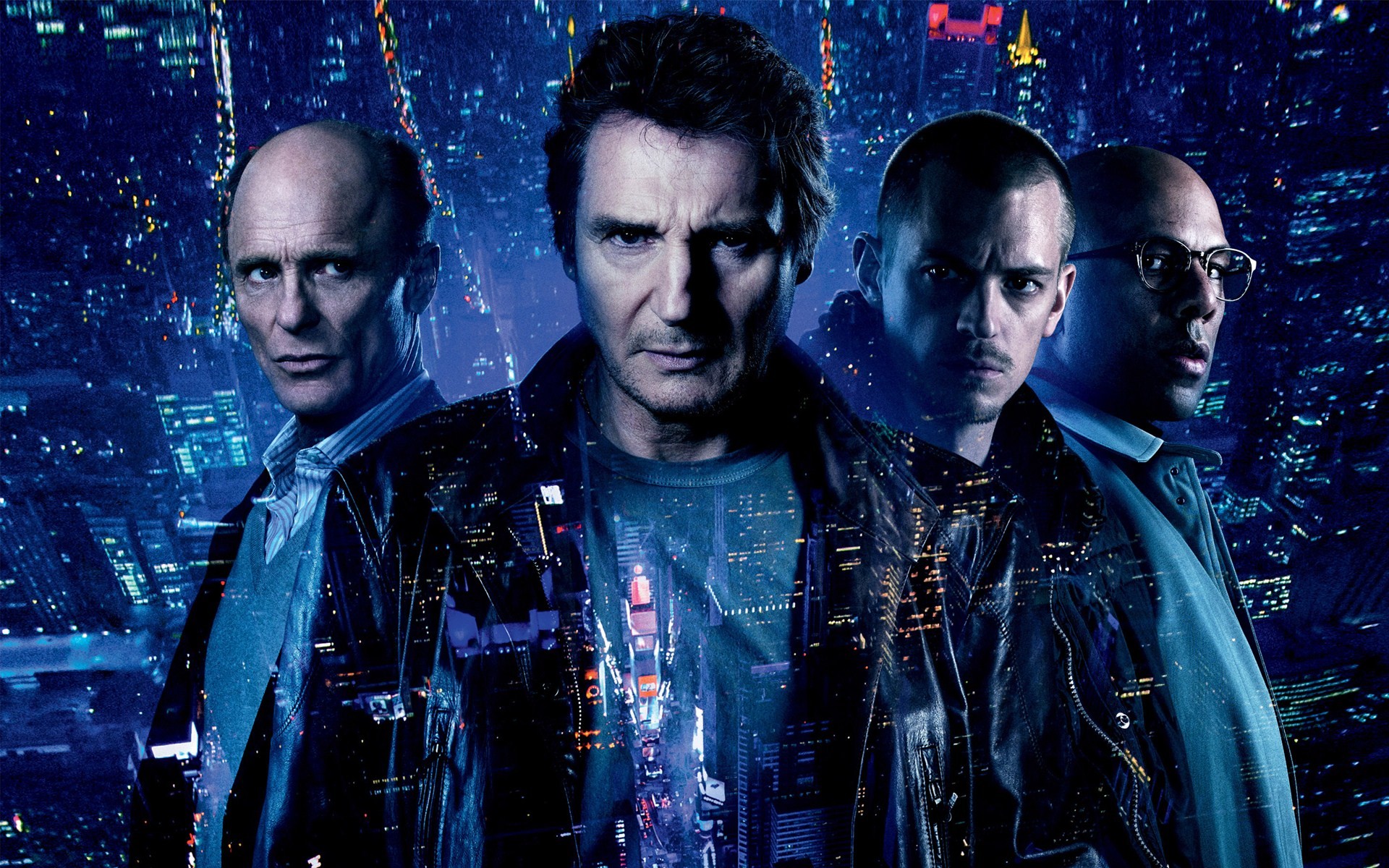 It’s a bad sign that if you closed your eyes and missed the title, you could be sat watching any recent Liam Neeson movie. In fact you could even sit in the cinema with a Liam Neeson bingo card ticking things off as they happen. The poster tells you anything you need to know. Liam Neeson, looking moody, holding a gun. It tells you nothing about the story but all you really need to know.

So then, that bingo card:

He barely speaks louder than a low growly whisper? Check.

He has a complicated past? Check.

He’s one man against the rest? Check.

He has a son/ daughter who is in trouble and needs protecting/ rescuing? Check.

He has Special Forces training, but now exists in a world where it’s an irrelevance? Check.

He agonises over certain kills? Check.

He is completely profligate with other kills? Check.

There is even a fight in a rail freight yard, just in case you haven’t ever seen an action movie with an urban location before.

This sequence, incidentally, is one of the most ineptly constructed chase and fights I have ever seen in a movie. It is badly edited and shot without the director seeming to know what direction the camera should be pointing, so the action repeatedly “crosses the line” and you have no idea which direction people are actually facing and chasing. Consequently it makes little sense.

The central conceit of the movie is that Neeson’s character is a one-time assassin for the Irish mob in New York, named Jimmy Conlon. That mob is now run by his old friend Shawn Maguire, played by Ed Harris. Surprising nobody, those two close friends have a spectacular falling out. And after a convoluted set of circumstances Conlon has to protect his son from harm. By running all night.

There are some serious acting chops in this movie. Harris is grizzled and carries weight behind his tired eyes despite the dialogue he has to say. Vincent D’Onofrio does sterling work as the Detective on their case, and Nick Nolte’s beard steals all the scenes he is in as Conlon’s brother.

Stand out performance comes from Joel Kinnaman as Conlon’s son Mike. He is tremendous, proving his thoroughly decent leading turn as the rebooted Robocop wasn’t a one off. It’s a shame he doesn’t really have much to do, but what he is left with, he does well.

Women don’t get a look in; the few female characters tend to do a bit of reacting to events in the background and off screen. And that, in this day and age, is really unacceptable.

The main crying shame though is Neeson. This man is a tremendous acting talent and the fact he’s been reduced to this kind of whispering out-of-the-box tough guy role time and time again belies what he’s capable of. He’s perfectly fine in this, but these days he could be doing it in his sleep.

The movie passes the time perfectly well. It’s pure “turn your brain off” entertainment. It’s well done for what it is. Unfortunately, you can tell it thinks it is much, much more. It’s just an empty calorie of a movie. Once you’ve left the cinema it’s gone from your mind immediately.

And I dare you not to laugh when Neeson as Conlon with all seriousness stares at his son and tells him if he wants to live, he has to run. It’s like a pastiche of every other movie he’s been in recently.

Away you go. Bingo cards at the ready.